The Good Side of Randomness 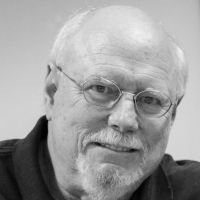 May 19 in Living with Paralysis
My own paralysis from the neuroimmune disorder, transverse myelitis, was completely random. It gave no warning, didn't come with any preexisting condition, and was officially dubbed "of ideopathic origins." For a long time I thought I was the unluckiest guy on the face of the earth. I was wrong. As I explain in the following blog.
THE GOOD SIDE OF RANDOMNESS
When I became paralyzed, I was fifty-one. I had had a long career in Hollywood, mostly writing sketch comedy and later specials and award shows, and after a lag period, work was starting to pick up again. After I got out of rehab, I had a couple of shows lined up, one that took me to Monaco, not the easiest place for a newly-minted wheelchair user to get around. The big highlight of that early paralysis period was being asked to write on an ABC Christopher Reeve special, starring his friends like Robin Williams, Stevie Wonder, and Willie Nelson. I had never been treated more "normal" in my post-para life.

Then…boom…the work stopped. Producers and networks I had previously worked for all seemed to offer up one or two shots, then backed away. The work lasted for about a year and a half, then disappeared. The phone stopped ringing.

It took a while for this to dawn on me. I was still learning how to live like a paralytic, trying to rid myself of the dark cloud hanging over my head. But when I woke up to the fact that maybe my TV writing career was over, I wondered why.

It came down to two things – paralysis and my age. Don't let news stories about Betty White or Clint Eastwood fool you – Hollywood is an ageist business. Its lifeblood is novelty, and TV producers of all formats are always on the lookout for a new face or, in my case, a new writer. My guess is the conversation in the producer's office went something like this.

Producer #1: What about Rucker? He's funny.

Producer #2: Yeah, he was great on that last show, but he's

getting up there and with his health problems…

Or, more likely, nothing was said. They probably just tossed out some names and gravitated toward someone who had a new point of view and would work like a dog if offered the opportunity. This was long before Hollywood even thought about accommodating someone with a disability. In the shorthand of producers, disability equaled a pain in the rear. Next!

I don't know the answer to why I stopped being offered jobs because I never asked. I became instantly discouraged. There was absolutely no way I could tell if I was being discriminated against for any reason. No one had "Crips Needn't Apply" on their office door. Maybe my talent had become suspect in their collective eyes, and it had nothing to do with my age or physical condition. That was the scariest thought. "No, we don't want you, period."

In essence, I gave up. At my lowest point, I got a call from a manager who I had known for at least twenty years. While still getting jobs in TV, I had written a documentary for TBS on the history of the mob and the movies. The manager told me that David Chase, the creator of "The Sopranos," had seen that show and wanted to talk to me about writing a tongue-in-cheek history of the Sopranos for a British publisher. Did David Chase think of me because we had gone to film school together or because he was a fan of my comedy writing or throwing me a bone because I was paralyzed? I didn't care. I jumped at the opportunity.

That book was a hit and led to me writing a string of books, including a memoir about living with paralysis, and a whole new profession. Before that call, I thought I was a coward not to push TV people to hire me or figure out some way to break back in. After that call, I never looked back. My thinking: it was much easier to sit at home at a desk and write prose all day than move around from offices to venues and locations. And feeling much better about the work!

The moral of this story is: in the often-random twists and turns of life, sometimes you get lucky. In a terrific book by physicist Leonard Mlodinow called "The Drunkard's Walk: How Randomness Rules Our Lives," he writes that a lucky break only comes from repeated attempts at trying. I had been writing for 20 plus years, trying every form imaginable, until the right form and the right project landed in my lap. That was a good day.