Moving my son to in-patient rehab - this Mama Bear has questions! 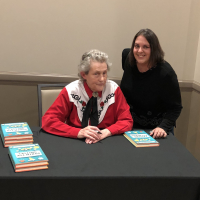 April 2019 in Newly Paralyzed
My son's injury was 12 weeks ago today. He is an L1 complete paraplegic, due to a suicide attempt of jumping from a 100ft bridge onto concrete.
He is just now fully weight bearing as tolerated on his arms. The pins, sutures and casts have been removed recently. He doesn't have full rotation at this point, and may not. The facility he's moving to for rehab said their average stay is 3-5 days, but that some stay for up to 4 weeks. They received the referral packet, they know what he's been doing, what he's capable of at this point - see that OT is getting a shower or playing Yahtzee, that PT is them working his legs - and they seriously think they can get him to the point where he's 'ready' after only 4 weeks?
I don't know if they're naive or if they're boastful thinking they can rehab him and build up strength and skills to be able to transfer, dress himself, maneuver, get up from a fallen position, bowel program, etc.
What should we expect, what should we look for? What are things he may not be able to do? What are signs that maybe they're not doing all they should be?
0 · Share on Twitter