Siblings as Caregivers — Reeve Connect
Register for Living with Paralysis or Caring for a Family Member Living with Paralysis Virtual Support Groups.
Reeve Connect will be shut down on October 31, 2021, while we reimagine and refresh our community forum. Thank you for making Reeve Connect a place where all people living with paralysis come to share their stories, tips, and engage in lively discussions. Stay connected with Reeve as we explore new community platforms and bring you an updated site that will be easier to navigate and accessible for all people living with paralysis. You can follow the Reeve Foundation on social media and sign up for our newsletter to receive the latest news on our initiatives and programs. 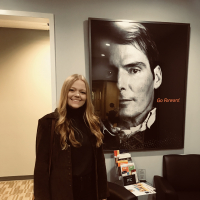 January 2019 in Relationships
If you're a sibling who plays a role in caregiving, what kind of support would you like to have? What kind of feelings do you struggle with in your role? Do you have any advice for other siblings who might be caregivers?
0 · Share on Twitter