Our Unconventional LOVE Story — Reeve Connect
Register for Living with Paralysis or Caring for a Family Member Living with Paralysis Virtual Support Groups.
Reeve Connect will be shut down on October 31, 2021, while we reimagine and refresh our community forum. Thank you for making Reeve Connect a place where all people living with paralysis come to share their stories, tips, and engage in lively discussions. Stay connected with Reeve as we explore new community platforms and bring you an updated site that will be easier to navigate and accessible for all people living with paralysis. You can follow the Reeve Foundation on social media and sign up for our newsletter to receive the latest news on our initiatives and programs. 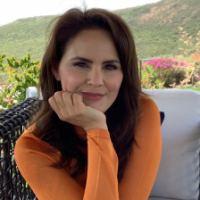 May 2019 edited February 2020 in Living with Paralysis
John and I met at the end of 2006, some twenty-three years after his spinal cord injury.  He is a radiologist, and I was a nurse at the time before transitioning into a career as a life coach.  We met online, and at the time, both of us were just looking for new friends or perhaps share fun activities we had in common.  I am very intuitive and although I didn't meet him in person right away, I could sense that he was warm, genuine and grounded. Much different than anyone I had met previously online.

He didn't talk about his injury at first, but after a few weeks of back and forth emails, he asked if we could meet in person. He shared about his injury just before our meeting and I didn't think much of it. I already knew I liked him and his disability had no bearing on my feelings about him.  He was different and I felt that our connection, though only previously through email, was already established. I could sense we had lots of similarities.

When we met for the first time at a restaurant, it was like we'd known each other for years. We talked for hours and hours until we finally got kicked out of the restaurant and still talked outside of the restaurant for a couple hours more.
We both had been married before and were taking our time in the dating scene.  But after that night, we were inseparable. I didn't anticipate the strong attraction I felt toward him and the ease and flow of our friendship. Though I was scared, it felt like I had met my true soul mate. We talked on the phone for hours and after a couple of months of dating, I knew that he'd be my husband. Our connection is hard to explain, but I knew that we were meant to be together. We were married a year and a half later.

I had young children from my previous marriage and we were not planning on having more children of our own since we were quite happy and busy with mine already, and figured I was "done".  I had told him when we were first dating that if we had met earlier, I would have loved to experience having a child with him, but we both recognized that it was not something in our future.  However, a year and a half after being married, we were surprised to find out I was pregnant. Our daughter is now 9 years old and has brought so much joy to our lives, more than we could have ever imagined.  She is our little miracle.
While our marriage has not been without challenges, I can't imagine a better person to go through those challenges with. I have learned so much from John and the way he handles adversity.  We have grown so much together and I have conquered so much with him by my side. He truly is my best friend and someone I admire so much.

I made a short little video years ago for our website but I was inspired to now share it for this #ReeveSeeUs campaign.
You can find it here: