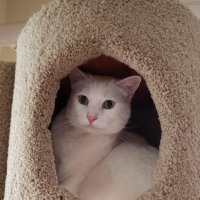 May 2019 in Reeve Foundation Announcements
i have SCI basically caused by 30 years on prednisone.  i have been told that my spine has disintragated
..had an mri of my knees on may7 - one day after my 72 bhday, during the mri maybe my baclofen and diluided pump shut off.  later that dsy i could not walk  or move most of my body. mothers day was the worst day  i spent hours trying to get in bed.  I few days later i was again on the floor and called my mentor cindy ranii (my gift from the universe).  she said i didn't belong on the floor and to call the firefighters.  they were so kind and arrived in a few minutes and got me back in bed in a few minutes.  i got some materials from t.j griffin and one was about autonomic dysreflexia  i had most of the symptoms.  this past thursday i went to my pain doctor to have my pump refilled.  doctor had to do it with me on my side and he was mainly silent and said he had never seen anything like what was happening to me.  He added a medrol pack to my daily dose of steroids and put me on oral baclofen.. had no idea what was wrong  how long until i got better, worse or ?
I am writing this to say thank you cindy!  thank you c reeve foundation.