A good trackball mouse for quads with tenodesis

my husband uses a track ball mouse by Kensington when he’s using his computer. He uses it with a stylus as it allows him to scroll and click with one hand. He has tenodisis hands (we call them fist hands) so they’re always clenched. His Kensington mouse just broke and we are wondering if anyone out there has any recommendation for a new or better mouse? He got this one a few years ago so we are wondering if there’s any new cooler technology for mouses now or what others experiences are. Thanks! - Brooke (WAGS of SCI) 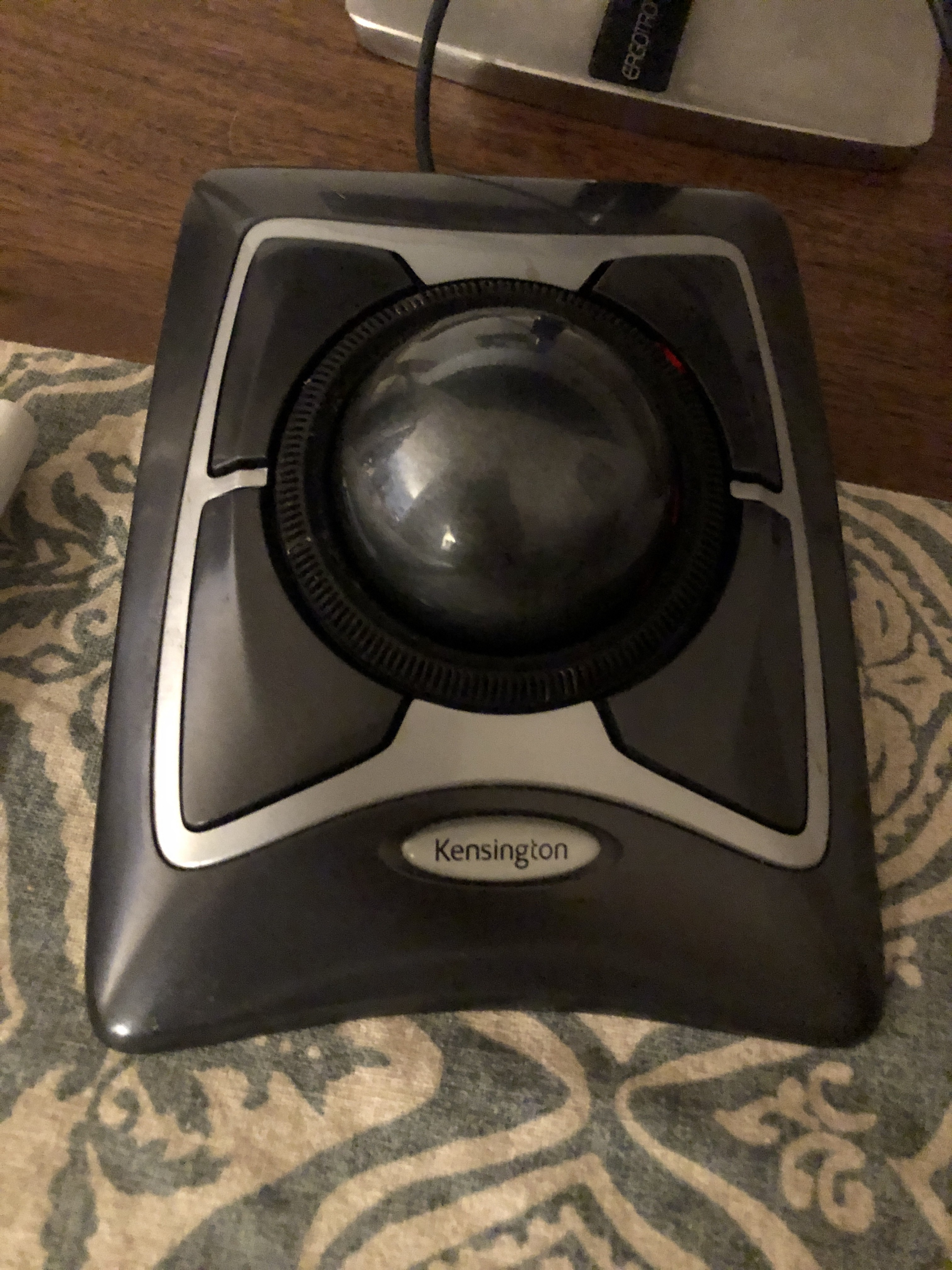