How did your accident happen and what level are you? — Reeve Connect
Register for Living with Paralysis or Caring for a Family Member Living with Paralysis Virtual Support Groups.
Reeve Connect will be shut down on October 31, 2021, while we reimagine and refresh our community forum. Thank you for making Reeve Connect a place where all people living with paralysis come to share their stories, tips, and engage in lively discussions. Stay connected with Reeve as we explore new community platforms and bring you an updated site that will be easier to navigate and accessible for all people living with paralysis. You can follow the Reeve Foundation on social media and sign up for our newsletter to receive the latest news on our initiatives and programs.

How did your accident happen and what level are you? 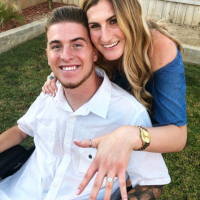 February 2019 in Newly Paralyzed
I broke my neck when I was 15 years old at the beach on Memorial Day in 2010. I ran into the water with a group of friends and saw a wave coming towards me. I decided to dive underneath it as I had done hundreds of times before. I grew up going to the beach my whole life. When I dove underneath the wave I hit a sandbar (a hill of sand underneath the water) headfirst instantly breaking my neck and becoming paralyzed. After I hit, my whole body went numb and I could not move a muscle in my body. I was still fully conscious laying face down in the water and could not even lift my head out of the water to take a breath. At that moment I accepted I was going to die that day. After what felt like and eternity, I felt this weird feeling on my back like someone was tapping me. It was one of my friends checking on me to see if I was okay. When I did not respond and my body started to float back out with the tide he knew something was wrong. He ran over to my body and flipped me over so my face was out of the water. I took a huge breath staring straight into the sun. He grabbed my hands and pulled me out of the water by them onto the sand. I remember looking at my arms as he let go of them and they fell to the ground as if they we not a part of my body. I tired to lift them, but they felt way to heavy. At the time my friends thought I was messing with them. I kept trying to say I can't moving anything, but for some reason I could not talk. Blood was coming from my mouth, when I hit my head I bit my tongue. Once they saw the blood they realized something was wrong. A lifeguard called 911 and an ambulance came and took me to the hospital. I was diagnosed as a C-4 incomplete quadriplegic.
Accept what is, let go of what was, and have faith in what will be. -SONIA RICOTTI
1 · Share on Twitter
«12»