What do people say to offend you without even knowing it? 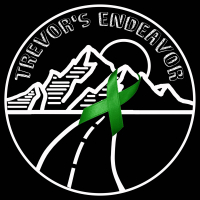 March 2019 edited April 2020 in Relationships
This thought has occurred to me while I was out at a bar the other night listening to a friends band, and I know I have seen people voice opinions about certain phrases that can often be taken the wrong way by someone who uses a wheelchair. I notice this happens the most a social setting and its usually easy to brush it off and not think anything of it. The one that has really come to bother me is when someone says, "It's good to see you out." Or some variation that infers that I never leave the house. Don't get me wrong, I can understand why someone might say that but coming from my perspective, it's a bit offensive. I am thinking...Am I not allowed to go out? I take care of myself and do most things independently just like everyone else. I leave the house when I need to and do my routine that I need to do just like every other person. No one tells me that at the grocery store...

It takes a lot to offend me and I never get upset because I know everyone has good intentions, it's just funny to hear some of the things people will say without realizing how they come off. So I guess my question is - Have you ever experienced situations like this? Has someone ever tried to be nice but just come off ignorant or uneducated? How do you handle situations like that?
0 · Share on Twitter