Neurogenic bowel vs constipation — Reeve Connect
Register for Living with Paralysis or Caring for a Family Member Living with Paralysis Virtual Support Groups.
Reeve Connect will be shut down on October 31, 2021, while we reimagine and refresh our community forum. Thank you for making Reeve Connect a place where all people living with paralysis come to share their stories, tips, and engage in lively discussions. Stay connected with Reeve as we explore new community platforms and bring you an updated site that will be easier to navigate and accessible for all people living with paralysis. You can follow the Reeve Foundation on social media and sign up for our newsletter to receive the latest news on our initiatives and programs. 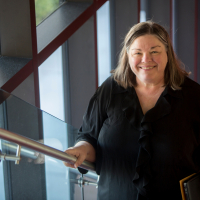 A spinal cord injury affects the nerves that cause the bowel to function. The bowel is controlled by a variety of nerves that function automatically. The bowel will function to propel material through it after any level of spinal cord injury because it is under the influence of the autonomic (automatic) nervous system although it might be slower than prior to injury or disease. The bowel even has nerves within it that function when material is in the bowel. Your body will propel material through the bowel on its own without your thinking about it. Just like your heart beating, the bowel works. You cannot speed it or slow it through thinking.

Food, broken down in the form of a thick sludge called chyme, will work its way along the entire length of the really long bowel. The purpose of the small intestine is to extract nutrients from food and water at the molecular level, pass them through the bowel into the blood stream to power and hydrate the body. The large intestines also extract nutrients and water but will also mold the chyme into the stool that is expelled from the body.

The farthest end of the bowel is controlled by specific nerves. Sacral nerves S2, S3 and S4 causes your internal rectal sphincter to relax and the rectum and anus to contract to evacuate your lower bowel. If the message from the brain is not interrupted from injury or disease, these sacral spinal cord segments can contract the external rectal sphincter to expel or hold stool.

Spinal nerves T11-L2 (Thoracic 11- Lumbar 2) will contract your internal sphincter and tighten your rectum and anus to hold in stool until you find the appropriate time and place to evacuate your bowel unless interrupted by spinal cord injury. This is a marvelous process when messages are able to be transmitted. We don’t really think too much about the process until it is disrupted.

Neurogenic bowel is a disruption of the nerves that transmit the messages from the bowel to the brain and back again. Because nerve function to the bowel is complex due to the length of this huge organ, the type of spinal cord bowel injury is classified in two ways. Upper motor neuron (UMN) bowel is diagnosed in individuals with an injury or disease at the cervical or thoracic levels. The injury can be anywhere long this part of the spinal cord. This type of bowel function is typically spastic. The bowel will empty spontaneously whenever any amount of stool is formed in the rectum. This can lead to embarrassment if not in a socially acceptable venue for toileting. Typically, the body will be spastic below the level of injury as well.

The other bowel classification is lower motor neuron (LMN) bowel. In this case, the injury is typically in the lumbar or sacral area. This bowel is flaccid or ‘areflexic’ meaning that stool will collect in the rectum without spontaneous evacuation (no reflex release). The bowel just gets more and more dilated as it fills with stool. If left without evacuation, the stool will expand stretching the bowel so that it is difficult to snap back to its regular shape over time. Some stool might be evacuated as overflow, but the bowel does not empty. The stool remains in the rectum with constant water removed so it becomes very dry and very hard. In a lower motor neuron bowel, stool is manually removed during the bowel program.

Either diagnosis of upper motor neuron bowel or lower motor neuron bowel is treated with a bowel program to safely and effectively remove stool, to avoid social embarrassment, skin break down and to keep stool from bowel backing up into the bowel leading to impaction or nausea and vomiting of stool.

There are some diseases that affect the bowels. Almost any disease that affects the nerves will affect the bowels. This includes multiple sclerosis, ALS, Parkinson’s Disease and others. Diabetes affects nerve function commonly known in the feet and hands. However, diabetes actually affects nerve function throughout the body. This can include the bowel. You might not feel the tingling sensation that is felt in the feet and hands as nerves are affected with diabetes, but there is a change in bowel content and function. When sugar or carbohydrate hits the bowel from foods eaten, you will notice immediate need to evacuate your bowel. Diabetes has a higher incidence in individuals with spinal cord injury, so SCI and diabetes is a double risk for bowel problems.

Sometimes, people have a temporary constipation. You could be out of your routine and not take in enough fluid one day, over drink alcohol which will dehydrate the body or exercise or work with an overproduction of sweat. People become dehydrated for a variety of reasons, even illness such as fever. The result is seen in your stool which becomes very dry.

It is important to keep up with your fluid intake to keep your bowels moving efficiently and effectively. If you are sweating, you may need to take in a bit more fluid such as on a hot day. Don’t forget humidity can dry your body as well even if the temperature is not high. In the winter, you can dehydrate from being in a room with dry heat.

In addition to fluid intake, the bowel is affected by movement and diet. Those with slower moving digestive systems might become constipated more frequently. Your bowel might function more slowly if you are not using your abdominal muscles in movement or have a diet that lacks roughage. Movement can include walking but also, just moving your extremities actively or passively. People who are sedentary through work, choice or, disability might have slower bowel movement. Roughage can help the bowel work by eating foods with increased fiber or use of fiber adding products.

I'm online in this community every Wednesday from 8-9 PM ET to answer your SCI and paralysis related questions.

Leave a comment any time below. Let's get the discussion going!