From Mother to Caregiver — Reeve Connect
Register for Living with Paralysis or Caring for a Family Member Living with Paralysis Virtual Support Groups.
Reeve Connect will be shut down on October 31, 2021, while we reimagine and refresh our community forum. Thank you for making Reeve Connect a place where all people living with paralysis come to share their stories, tips, and engage in lively discussions. Stay connected with Reeve as we explore new community platforms and bring you an updated site that will be easier to navigate and accessible for all people living with paralysis. You can follow the Reeve Foundation on social media and sign up for our newsletter to receive the latest news on our initiatives and programs.

From Mother to Caregiver 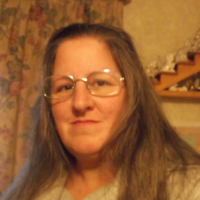 We've all heard the jokes about a mother being a cook, a maid, a butler, a nurse, a chauffeur, and much more. And being a mother is after all being a caregiver, we give our kids the care they need and want.  But becoming the caregiver of my child after he became paralyzed kind-of striped me of some of the 'normal, everyday' mommy stuff; it upped the everyday stuff to a whole new level.

Those milestones he had struggled to achieve throughout his life, first steps, going potty, dressing himself, brushing his teeth, even the simple task of getting in and out of bed - all those proud moments of independence are now gone. And, those everyday tasks have now been brought back, once again placed front and center in our lives. Only now, he's not an infant nor a toddler - he's a teenager.

I'm no longer the mom that gets to say, hurry up, get up, you're going to be late - instead I am now the mom-caregiver that he needs to help him begin his morning (two hours earlier than we did before). He requires my help to remove his night-time braces, PJs and sit him up, cath him and transfer him from the bed into his chair, dress him, put on his AFOs, and brush his teeth. He no longer gets his books ready for school, I get them ready and into his backpack the night before.

As both mother and caregiver I wonder, am I doing it right, am I doing enough? Am I doing to much for him?  Am I helping or hindering his progress?

Sometimes being mom & caregiver are exactly the same, but at other times the mom part of me has to step aside and let the caregiver take control, such as pushing him through the pain of his physical therapy, making him go into the stander he hates (the mom in me wants to give him and not make him do it, but the caregiver knows it has to be done). At those times the mom in me whispers words of comfort and encouragement, while the caregiver in me, while remaining encouraging must also be firm.

Some days I feel like I have been robbed of just being his mom.

Then I am harshly reminded he has been robbed of just being a teen and has been forced back into an almost child-like existence.